You can add text to the cover of nearly all our photo albums with whatever wording you want, for example to make it a personalised birthday album, a holiday album, a baby photo album, a graduation photo album and much more. You can choose silver wording or gold wording or blind embossing which is where the text is imprinted on to the album creating a stylish depression of the lettering in the cover. In addition to adding your personal text to your photo album we can also emboss logo's, line drawings and much more.

To add your personal wording to an album is easy just put your words into the choose personalised album wording boxes. If you require more than 2 lines of text please call the sales office on 0845 638 7171 who can process your order for you.

Here is an example of a leather album that has had the cover embossed with the customers choice of wording. You can choose virtually any font and choose gold, silver or blind embossing. 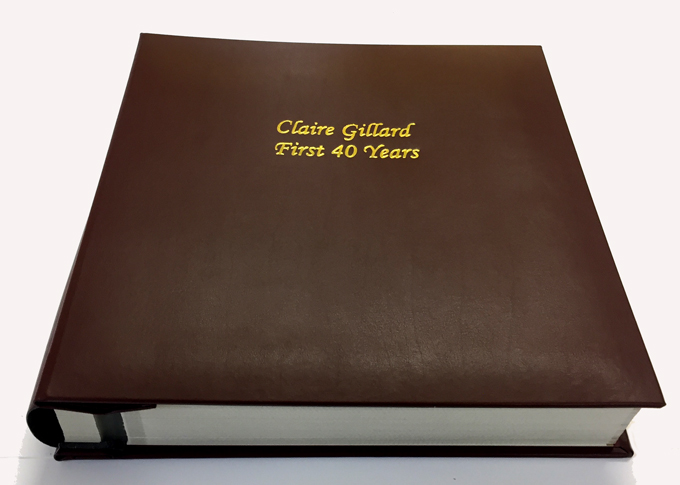 Logos and Drawings on Photo Albums

Our client wanted a large leather photo album embossed with their charity logo and also with dates. The client was able to supply the artwork as a high resolution EPS file which was used to create a blocking die for the Halo crest. Having identified the font in the logo as Calibri we were able to produce a block for the dates in a matching font. The blocking process involves using a hotfoil transfer technique which in this case used a gold foil, silver embossing is also available. 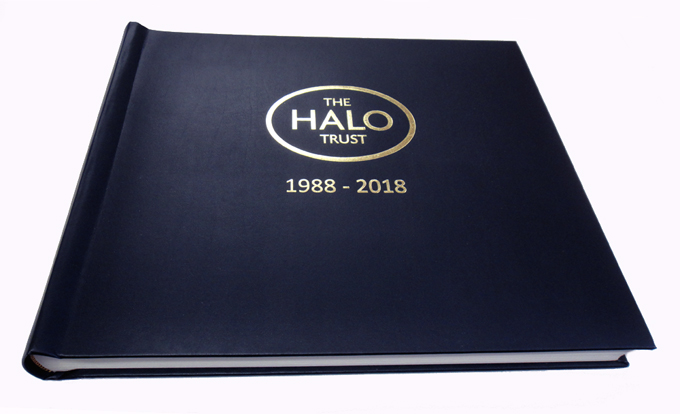 Here is an example of personalised photo album we produced for a church to record donations. They supplied us with a line drawing which we redrew and had it embossed onto the cover together with the wording they required. Having had the church line drawing re-drawn to ensure a high quality personalised photo album we then produced a magnesium block which is warmed and then used to apply a hot-foil blocking of the image. 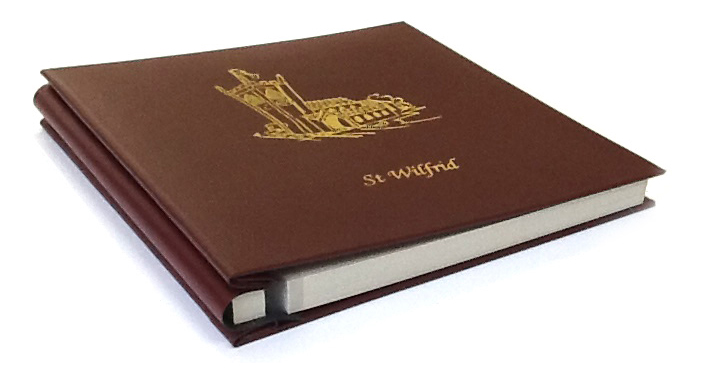 This is a navy blue leather photo album we made to record the long service of a member of the Metropolitan Police on their retirement. The album was also personalised with the police officers badge number embossed above the service dates but this was removed in photoshop prior to the picture being added to the website for reasons of confidentiality. We grateful to the Metropolitan Police for suppling the crest artwork which we had to promise to destroy once it had been used. 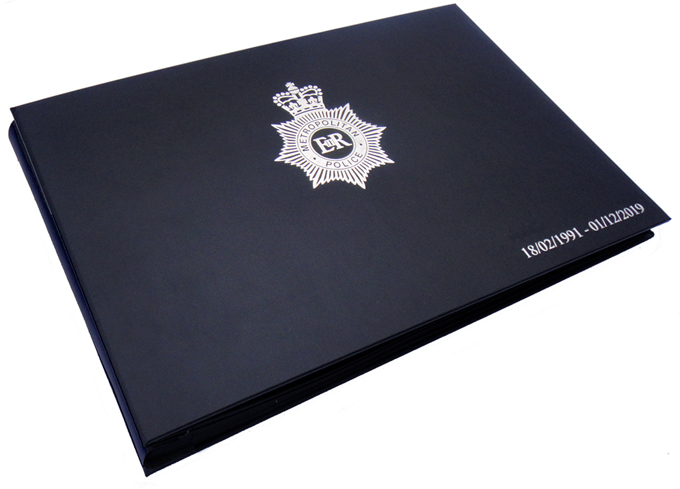 The requirement here was to have a photograph album embossed with UN logo and the name of the associated operation. The album being intended as a record of part of the operation. We sourced the logo and produced a block and the personalised photo album below is the result.

This album has had the wording added using a blind embossing technique which is most suitable when applied to leather photo albums. 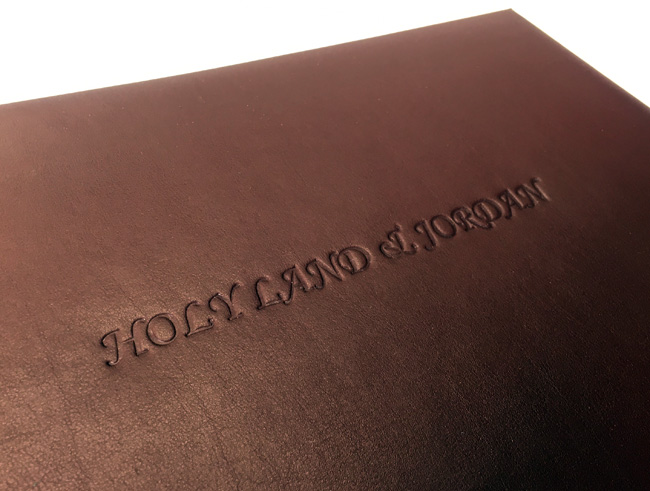 This customer wanted the cover and also the spine embossed with personalised wording. To achieve this we made two metal blocking dies which are used to add the wording. The two dies were different sizes, a small one for the spine and a larger die for embossing the cover. 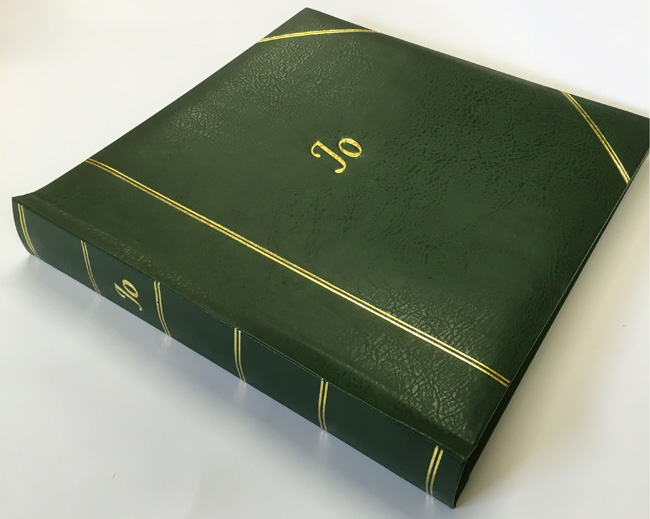