The origins of Heritage Photo Albums starts in the years following WWII when Maurice Fagot established a retail business in Willesden Green, London that incorporated the developing of film and the printing of pictures. 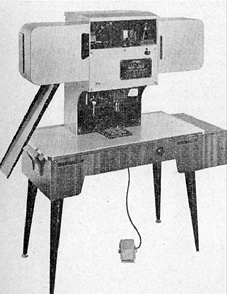 The years after the war saw a mass of new photographic items suddenly being available to many as a result of mass production. It's fair to say that the American firm Kodak made a significant contribution to the photographic industry by making relatively cheap cameras and film available for mass consumption.


The photographic shop held a prestigious Leica camera agency and was one of the first shops in London to install Ilford Kenprinters to print photo's, not only for it's customers but also for many other photographic shops, chemists and the like.


Maurice's son Peter became more involved with the business helping with all aspects of developing of prints. Later he enrolled on a course at The Ealing School of Photography and when the course was finished re-joined his father in his photographic shop.


Here the real story of Heritage Photo Albums begins with Peter and his father starting an importing business called Phago Photographic to import photo accessories and photo albums, and this was the start of Heritage designing and producing wedding and photograph albums.


A new Heritage Photo Album range was born with the albums being Hand-Made in the West Country of England and being sold in many major department stores including Harrods, Selfridges, John Lewis, Debenhams and also by Photo Dealers and Stationery Departments all over the UK.


Today The Heritage Photo Album range is still made in the original hand operated bindery in the West Country that have made the albums for over 25 years, the albums being made-by-hand by English craftsmen in the traditional way.


In early 2015 Peter decided that he would like to retire. He had a long standing business relationship with Internet Direct who had been selling the Heritage Photo Album range for some 10 years and had built up considerable knowledge and experience of the product range and the market the company operates in.


In taking over the company Internet Direct have confirmed that Heritage Photo Albums has a good business model, and have no intention of withdrawing any of the products currently on offer. They will however look to bring their our own ideas to the range in time and introduced a new range of brightly coloured real leather photo albums in 2016.


We look forward to providing the same first class service to all our customers.